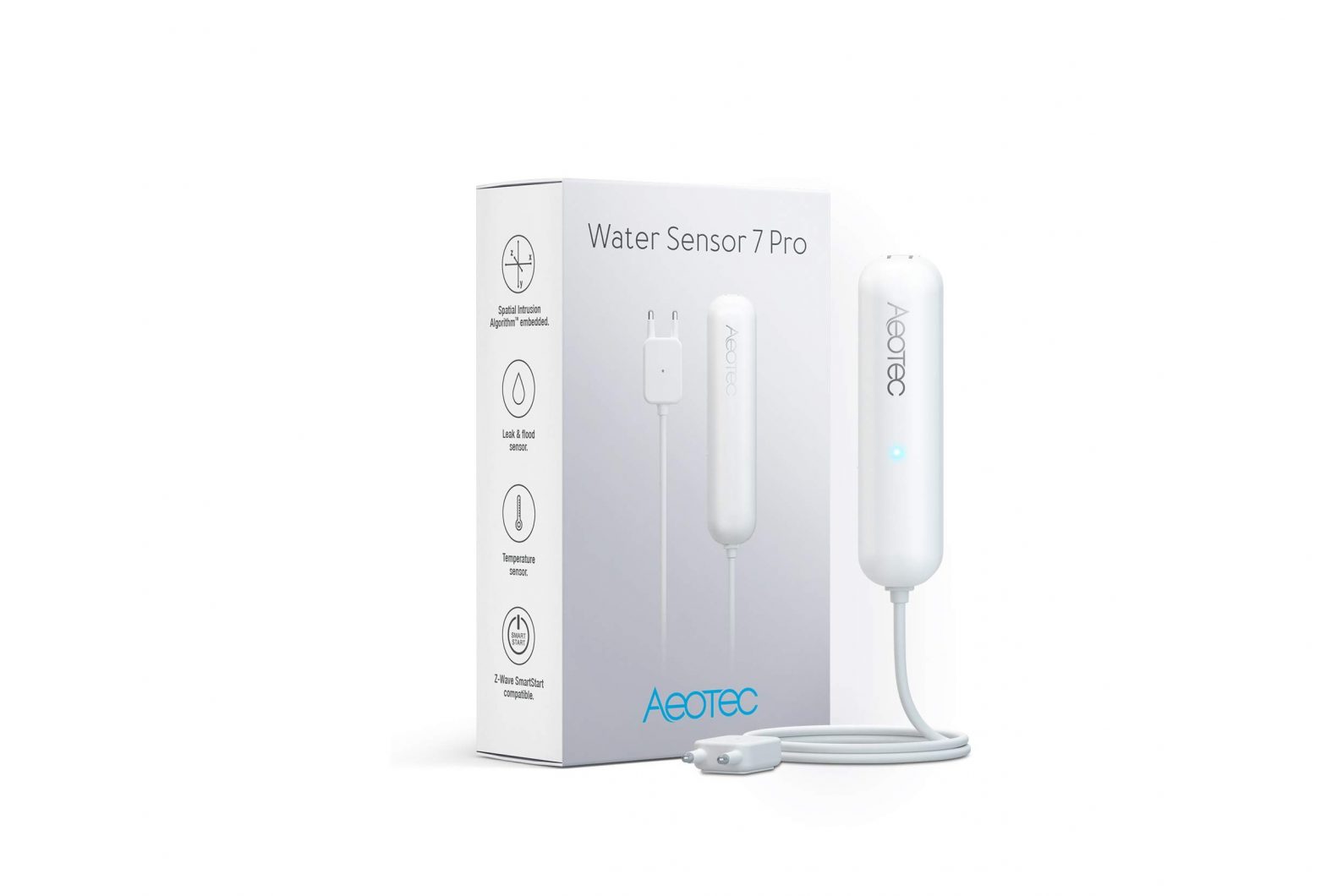 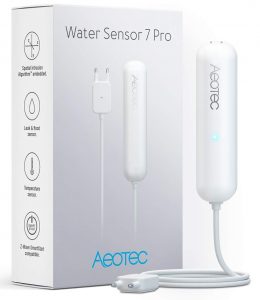 This is a secure Alarm Sensor for Europe. To run this device please insert fresh 1 * 1/2 AA batteries. Please make sure the internal battery is fully charged. Tripple clicking the tamper button includes (adds) and excludes (removes) the device. A single click on the button will wake up the device. The device supports the Z-Wave Security S2 framework with authenticated and unauthenticated network keys. Please follow the instructions on the central controller when including. The device also  supports Smart Start. Please scan the QR code inside the battery compartment of the device and your controller will add the device automatically when powered up.

Z-Wave is the international wireless protocol for communication in the Smart Home. This device is suited for use in the region mentioned in the Quickstart section.

Z-Wave ensures a reliable communication by reconfirming every message (two-way communication) and every mains powered node can act as a repeater for other nodes (meshed network) in case the receiver is not in direct wireless range of the transmitter.

The AEOTEC Water Sensor 7 Pro is a sensor, which detects water leakage and measures temperature. The sensor is easily retrofittable.

Thanks to its slim design the AEOTEC Water Sensor 7 Pro can be installed in any bathroom, behind a kitchen sink or in any other tight space. The sensor just has to be installed on the wall and the sensor probe must be put on the floor.

By using the internal temperature and humidity sensor, the device will report on any significant change.

Please read the user manual before installing the product.

In order to include (add) a Z-Wave device to a network it must be in factory default state. Please make sure to reset the device into factory default. You can do this by performing an Exclusion operation as described below in the manual. Every Z-Wave  controller is able to perform this operation however it is recommended to use the primary controller of the previous network to make sure the very device is  excluded properly from this network.

This device also allows to be reset without any involvement of a Z-Wave controller.  This procedure should only be used when the primary controller is inoperable.

The product contains batteries. Please remove the batteries when the device is not used. Do not mix batteries of different charging level or different brands.

The sensor can be mounted on the wall. Mounting can be accomplished either using the tape by peeling off the protection foil or using two screws with the holes inside the battery compartment.

Once installed the sensor will report Leakage Detected and No Leakage status changes to a central Z-Wave controller using notification commands. Additionally, the sensor can directly control other device using the association group 2. The device is protected by a tamper switch.

The device contains three sensors with the following accuracy measures:

Screw Terminal
The product supports the connection of the water sensor probe via 3-pin screw terminals with the following pinout:

VCC + Ground terminals can be used to externally power the sensor. Digital + Ground is used to connect the water sensor probe.

When activated by configuration parameter #4 the device can perform a link test  with device No.1. Doubleclicking the tamper will start the process. As a result, the  red LED will blink one time in case of success and three times in case of failure.

The device sends the following notifications to the central controller:

Here are a few hints for network installation if things dont work as expected.

This device is capable of receiving a new firmware ‘over the air’. The update function needs to be supported by the central controller. Once the controller starts the update process, perform the following action to confirm the firmware update: Wake Up the device by removing the cover. The hit the tamper switch once.

Association – one device controls an other device

Z-Wave devices control other Z-Wave devices. The relationship between one device controlling another device is called association. In order to control a different device, the controlling device needs to maintain a list of devices that will receive  controlling commands. These lists are called association groups and they are always related to certain events (e.g. button pressed, sensor triggers, …). In case the event  happens all devices stored in the respective association group will  receive the same wireless command wireless command, typically a ‘Basic Set’  Command.

Z-Wave products are supposed to work out of the box after inclusion, however certain configuration can adapt the function better to user needs or unlock further enhanced features.

IMPORTANT: Controllers may only allow configuring signed values. In order to set values in the range 128 … 255 the value sent in the application shall be the desired value minus 256. For example: To set a parameter to 200 it may be needed to  set a value of 200 minus 256 = minus 56. In case of a two byte value the same logic applies: Values greater than 32768 may needed to be given as negative values  too.

Allows to enable the activation of a Z-Wave range test with double clicking the tamper switch.
Size: 1 Byte, Default Value: 0

This parameter defines the status of the water leakage that causes sending a BASIC command to all devices of Association Group 2.
Size: 1 Byte, Default Value: 0

This is the BASIC command value sent in case of On event.
Size: 1 Byte, Default Value: 255

This is the BASIC command value sent in case of Off event.
Size: 1 Byte, Default Value: 0

On command is sent after a delay defined in this parameter.
Size: 2 Byte, Default Value: 0

Off command is sent after a delay defined in this parameter.
Size: 2 Byte, Default Value: 0

This value defines the minimum change of temperature to cause an unsolicited report of humidity to the central controller using Lifeline. If the value is set to 0, there will be no reports sent to the controller, when the temperature changes. However, periodic reports, managed by configuration parameter 18, may still be active.
Size: 1 Byte, Default Value: 20

This value defines the minimum change of humidity to cause an unsolicited report of humidity to the central controller using Lifeline. If the value is set to 0, there will be no reports sent to the controller, when the humidity changes. However, periodic reports, managed by configuration parameter 18, may still be active.
Size: 1 Byte, Default Value: 5

This parameter defines the time interval to send an unsolicited report. If the value is set to 0, there will be no periodic reports sent to the controller. However, reports on temperature/humidity changes, managed by configuration parameters 16 and 17, may still be active.
Size: 2 Byte, Default Value: 43200


Setting up Z-Wave AeoTec Water Sensor 7 Pro User Guide is easy with these step-by-step instructions. Follow the steps are you are set-up in no time.

Using Z-Wave AeoTec Water Sensor 7 Pro User Guide is simple by using this manual. Follow the instructions one by one and everything will be fine

Is Z-Wave AeoTec Water Sensor 7 Pro User Guide stuck or not working properly? By resetting it you can set it back to the standard settings and everything should be back to normal. This works in many cases when problems arise.

All symbols, colors and codes for Z-Wave AeoTec Water Sensor 7 Pro User Guide are explained in this instruction manual. You can find everything you need and moree